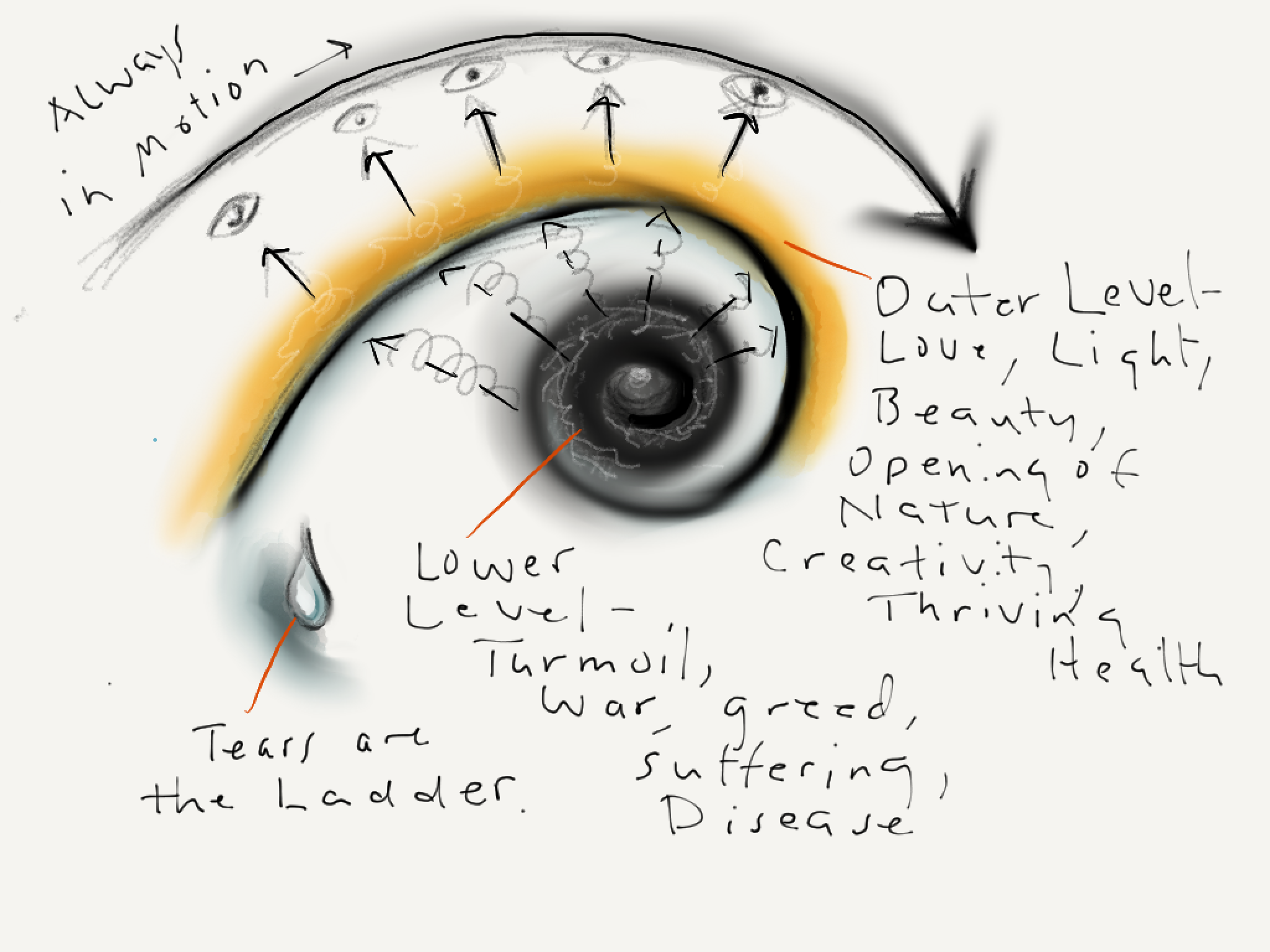 I have been thinking of hieroglyphs today and was reminded of an old memory of something I used to hold close: Derrida’s description of hieroglyphs. He referred to them as an expanded form of writing. He compared this form of writing to the abstract writing of our western languages. For instance, an “a” in the English language has no meaning to share in and by itself. It is part of a larger code that must be assembled and understood before meaning can be shared with a reader. The hieroglyph contains much more information in a single drawn form. For example, a hieroglyph may describe a structure by a river, the river itself, what the structure was used for, and who used it.

Such a description arrives much more densely packed yet It is the difference in the densities of these two forms that sheds light on their value. In English, we asemblance a collection of abstract characters in order to form meaning. And even then, meaning may slip away from this collection of letterforms if the writer is not skilled in the use of this type of assemblage and the necessary interpretation. But with hierolyphs the meaning can be accessed on multiple levels, using various levels of facility because of the densely packed visual form.

I also include in this post a rough sketch I did last year, that is only meant to convey a momentary thought. It was an image I drew upon waking. It seemed that “seeing” is an experience that evolves; that the image–as it comes into being–travels from a depth that spirals outward and moves in time. Tears appear to be a kind of ladder–which the image or the forming of the image and so the perception of sight–use to ascend to another level of understanding, causing the image to be imbued with density. Because of the multiple levels of accessing information in the image, the perceived image appears to function like a hieroglyph.

And so I also made a tiny video, to try to express this as well. I did not quite succeed in conveying what I understood at that moment, but hopefully it is yet another pointer to the meaning I encountered.

This type of post is what I call “building thinking”, where it is  done merely to expose new forms of thinking which can become part of a larger concept over time.