This project was never realized, (for lack of funding). I developed a new version of it, that was simpler.

I still feel the creation of a zone-neutral space placed in the middle of locations where there has been nothing but devastation from violence and war, (including financial humiliation), is important.  I feel it is also important to have these be nomadic structures, not associated with a large organization, because when groups get large they become subject to politics. The U.N. is a good example of this. In Serbia, victims of the war said the U.N. often turned their back while hundreds of civilians were raped and murdered and there were some allegations that U.N. employees participated. Again, I believe this is what happens when any group gains political power; they become subject to corruption.

Here is a press release for the project. At the time I used a pseudonym for the project because I was the victim of a crime. Later I learned it was a crime connected to a larger effort to intimidate that is still ongoing almost a decade later.

Below is a letter written to me about the project by someone who is a strong voice in Seattle. I am protecting his name. Written in April 2013: 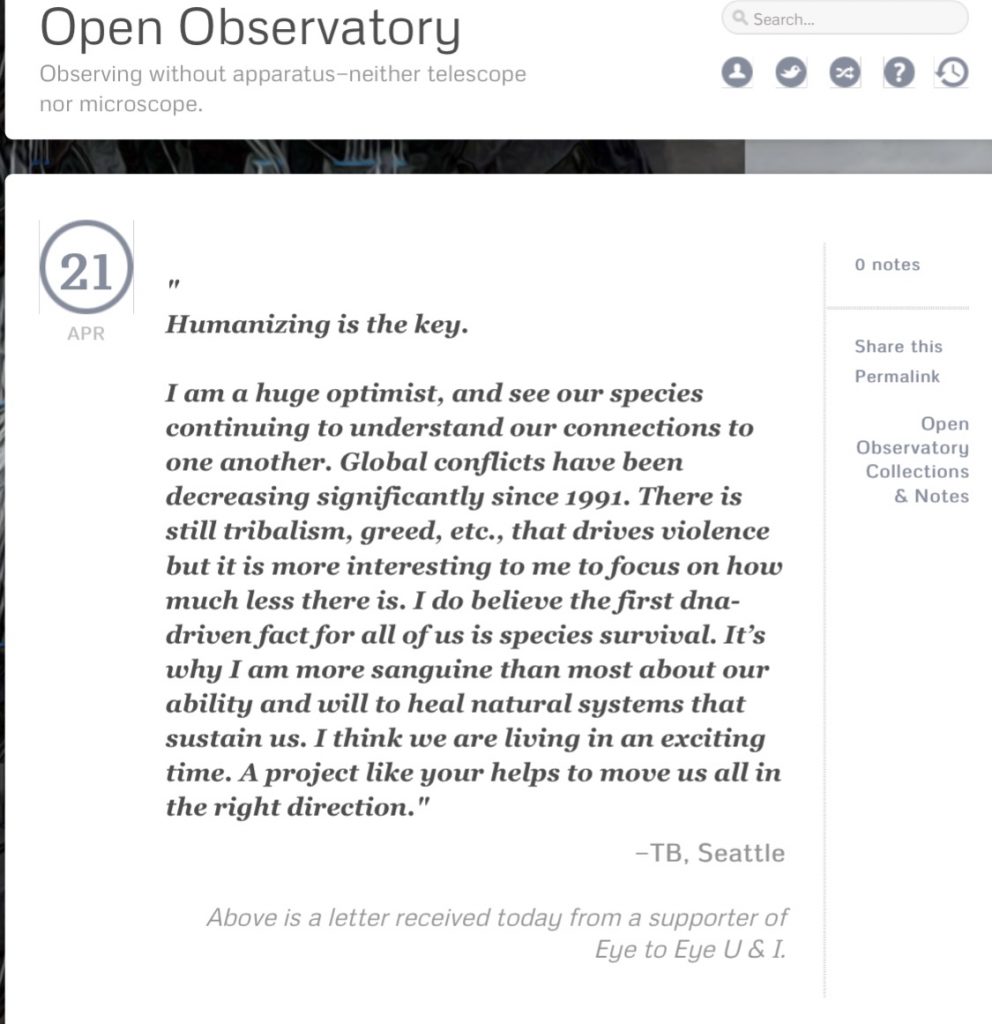